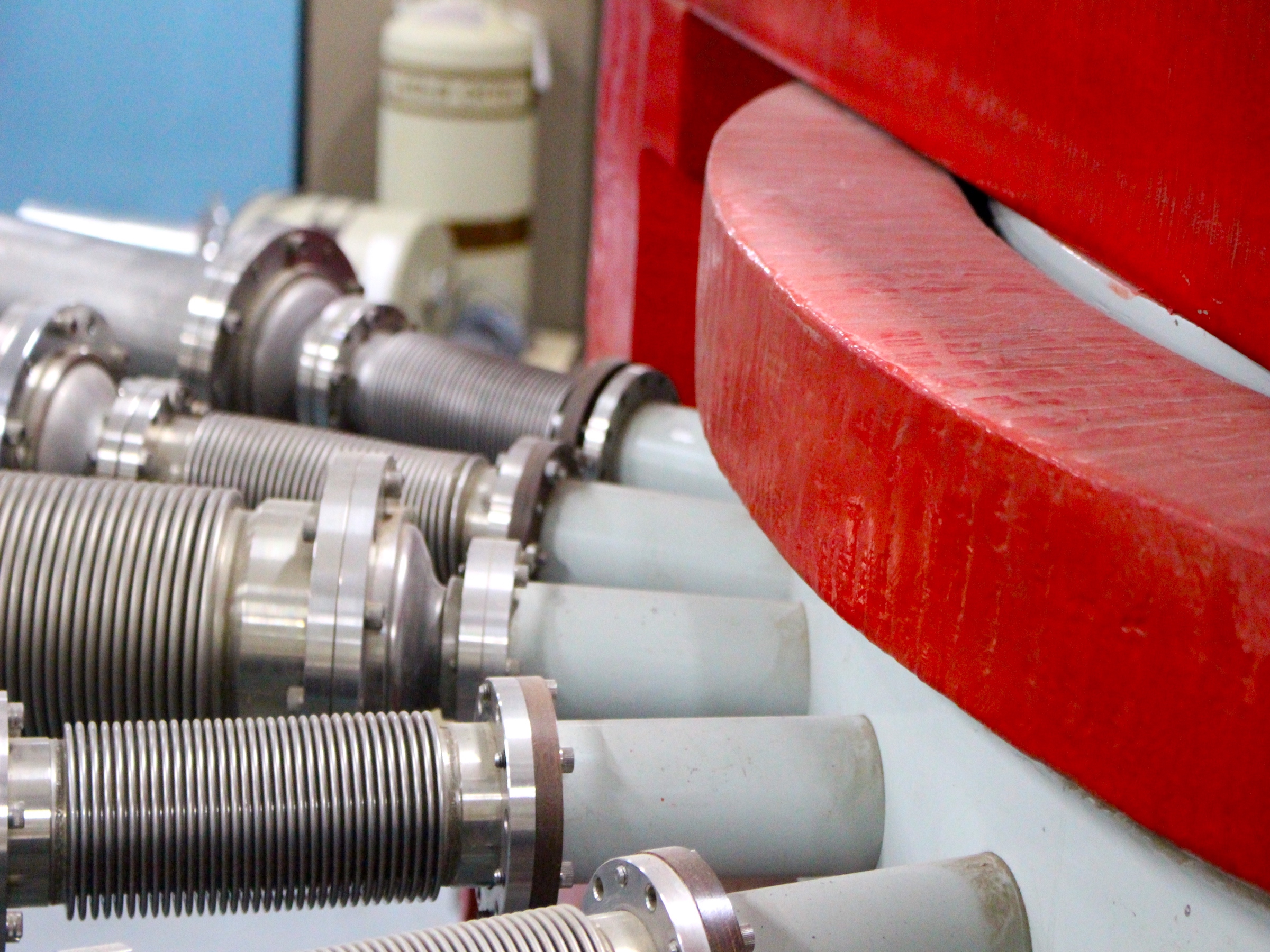 As work on a new beamline for the Heavy Ion Accelerator Facility (HIAF) blasts off, the project's lead scientist Dr Ian Carter says its space testing capabilities will be a vital springboard for the growth of Australia's space industry.

"It will be a beacon of hope for the nation, enabling impact for our emerging space industry," said Dr Carter, from the Nuclear Physics and Accelerator Applications Department of the ANU Research School of Physics.

"Radiation hardening, testing, and understanding the mechanisms that cause adverse effects are a critical consideration when developing resilient satellites and successful missions."

Radiation is a major hazard in spaceflight. Individual radiation particles can cause catastrophic failures, and prolonged exposure causes performance degradation.

To replicate these hazards, the new beamline will need different characteristics from the nine existing beams, which are used for experiments that need intense beams focussed onto a very small area.

In contrast, testing of components for space needs a beam with a wide cross section, up to 40 millimetres diameter, and beam intensities range from a few ions per second up to 12 orders of magnitude more per second.

"There is variability in the space environment – it is not only how long you are in space; it matters where you go, too," Dr Carter said.

"We will need a large versatile irradiation chamber that can hold devices or samples of variable shapes and sizes and can rapidly move parts of them into the beam when required."

The entirely new beam line will be built within a year, helped by $1.1M, part of $2.5M in funding awarded by the Australian Space Agency through the Federal Government's Space Infrastructure Fund. Led by ANU InSpace the funding has brought together important parties to establish a National Space Qualification Network (NSQN) with the aim of offering end-to-end payload testing services to Australian manufacturers. The NSQN current space research partners include the Heavy Ion Accelerator Facility (HIAF) and the National Space Testing Facility (NSTF) at Mt Stromlo@ANU, Saber Astronautics, ANSTO, Nova Systems, The University of Wollongong, and Steritech.

Professor Mahananda Dasgupta, Director of the HIAF said the ability to quickly develop such a high-quality ion-beam for testing hinges on the accelerator's unique capabilities.

"This $100M facility is the highest energy ion accelerator in Australia, and together with our partners in the newly-formed NSQN, we will act as a springboard to propel the Australian space industry to the next level."

"The long-term partnership between ANU and the National Collaborative Research Infrastructure Strategy (NCRIS) has ensured that HIAF is a state-of-the-art facility that can be leveraged quickly for the burgeoning Australian space industry.

"For Australia to build and operate spacecraft and payloads that are resilient to the space environment, we need a sovereign ability to boost mission assurance and the NSQN delivers that,"Dr Carter said.

Access via the NSQN to local testing facilities will lower costs for Australian Industry, and speed up space mission design, which will increase international competitiveness for delivery of time critical missions, for example in defence, civil or disaster management.

"Because we will provide the start-up community with cost-effective access to critical qualification infrastructure, it will enable them to access global supply chains with lower risk of failure,"Dr Carter said.

"It will also be a springboard for the development of new Australian based technologies destined for space, such as new composite shielding materials and flexible perovskite solar cells."

The conditions that satellites face in orbits around the earth is varied. Broadly speaking satellites suffer from two major families of adverse effects. The first, known as Total Ionising Dose effects manifest in a gradual reduction in the satellites' capabilities due to cumulative dose - for example, degradation of solar cell performance. The second, known as Single Event Effects are single random ion interactions in electronics that cause errors ranging from memory bitflips, to catastrophic mission-ending failures.

Smaller satellites - where most of Australian Industry focus - tend to be more vulnerable to these radiation effects as they often use commercial off-the-shelf components or contain scientific payloads that are not hardened against radiation effects.

Dr Carter said HIAF and the expertise of its team has enabled us to respond rapidly to meet the new challenge of space testing capabilities for the nation.

"I am passionate about creating public value through technology-led impact, and this new beam line will enhance our wider engagement for national benefit.